What to do when your head is spinning… 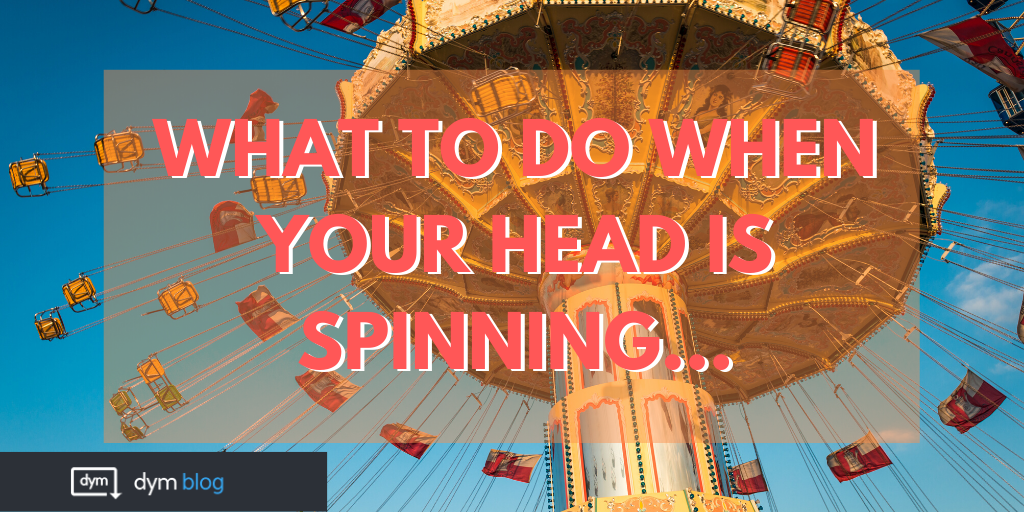 With everything going on around us ⁠— from a global pandemic and the way my friends have responded to it, to racial tensions and the way my friends have responded to them ⁠— I have found myself swirling a bit. When I say a bit, I mean my work was suffering because I found that my time and attention were torn between my calling to be a pastor and my desire to win arguments online. Shortly after the tragic death of George Floyd I found myself getting in more discussions on social media than I ever had in the past. I hate arguing on social media⁠ — it’s dumb. No one changes anyone’s mind there. But alas, here I was spending too much time trying to fix the world’s problems. Then there is the virus. Like a bad Shakespeare play, “To mask, or not to mask?” I found myself just being too involved in everyone’s responses. Have you felt like this recently? Maybe it’s just me, but I bet a few of you have felt this way.

I had a moment with God several weeks ago that really helped me re-center. I found myself spinning with all the things going on, so I spent a day in prayer and reading scripture. This is what the Lord impressed on my heart. “Operate inside your calling.” It’s simple, but not easy.

“Operate inside your calling.” It’s simple, but not easy.

I’m called to preach the gospel. I’m called to reach the youth of this world for Jesus. I’m called to break chains of sin in the lives of the people I minister to. I’m not called to convince someone they should wear a mask inside the church building. So, about a month ago, I decided to operate inside my calling. I’m going to use the platform that the Lord gave me to preach as HARD as I can to show people what it really looks like to follow Jesus. Full of grace and truth. Full of the Spirit, I am going to bring the Gospel to the world.

Take one day, turn your phone off, and go to that place that makes you feel close to the Lord. I call them “near spaces.” Just listen. Ask God specific questions that you’d like Him to answer. Journal. Read Scripture. Nap. Dream. Believe that He wants to show you what you are supposed to do.

So friends, let us not act as Saul acted. When we are pressed by the world, when we are surrounded by the enemy and evil, let us remember what God has asked us to do. Let us operate inside our calling.  God has called each of us in different ways to reach and impact the world for His glory.

Before I lived in Modesto, my wife, my three daughters, and I lived in Belize as missionaries. Before that, we lived in Southern California where I had an awesome opportunity to travel the U.S. performing at colleges and churches sharing the gospel through my illusions for about 3 years. I’ve experienced a whole lot in my life, and I love to share God’s story through my life as often as I can.

Check out davidwoodmagic.com if you would like more info on what it looks like to have David come to your church.