Burnout Does Not Have to be the End – Part 2 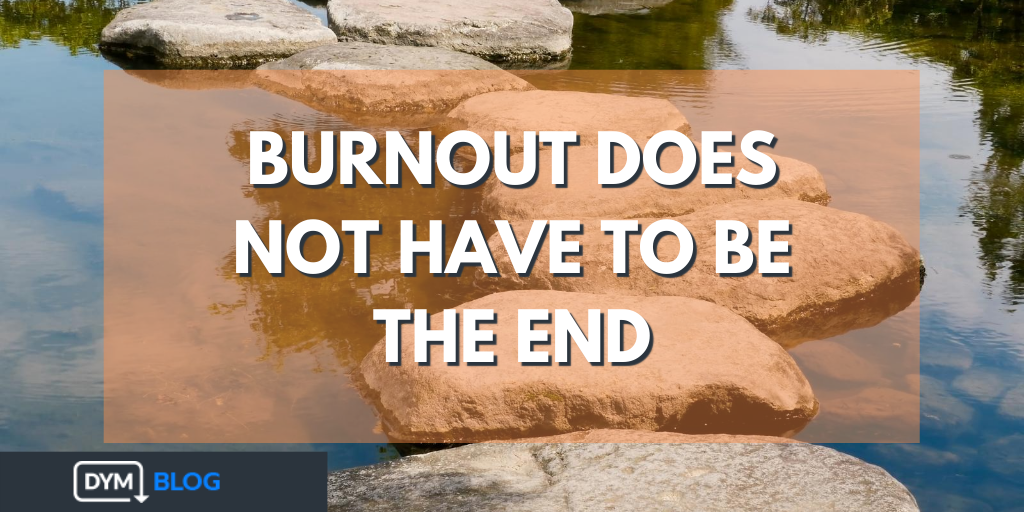 Haven’t read Part 1? Click here for Leaders: Burnout Does Not Have To Be The End Of Your Story

In case you need a refresher, let’s recap. Because of the wind, the current, and the weight of three kids plus me, I was exhausted and realized my method needed to change if we were going to make it across the lake. That’s what led me to the next leadership insight.

With the end goal in mind (remember, pizza and birthday cake), it was time to let the kids start paddling with me. Now, I know I mentioned before that I did not want their help, given their track record. However, that was before the exhaustion set in. At this point, I needed their help and they were happy give it. So, I gave the command and everyone started paddling. Immediately, we were moving a little quicker, and the pain in my ankle dissipated because I was no longer tugging them behind me. Instead, our boards were staying closer together and the tension in the leash was released because they were joining the work of paddling across the lake. They were actively following me, rather than dragging behind me (which is another lesson in and of itself in being a good follower). We were on our way and the other side of the lake was in our sights.

Was it all smooth sailing after that? Nope. We still struggled. Why? Because everyone can be paddling, but if there is no rhythm or syncopation, then you are still getting nowhere fast. At random times, I would feel a yank on my ankle, only to look behind me and see that the kids on the board behind me were zig-zagging. Creative? Sure. Effective? No. We needed to have a mini-coaching session in order to be successful. I instructed one of them to paddle on the left side and the other to paddle on the right side for the remainder of the journey (so they would go straight). And then we developed a simple chant to stay in rhythm and paddle at the same time. “1-2-3-Paddle!” could be heard by anyone within a half-mile radius of the lake. The enthusiasm made the journey so much more fun. In the midst of that coaching session, I had to remember this:

Once we developed a rhythm, we were set. The fatigue was still present, but none of us were doing the work alone. It would have been easy to get frustrated when I was tired or the kids on the board behind me were zig-zagging in every direction, but that would have accomplished nothing. I had to maintain a positive attitude and encourage the kids to do the same. When they did not paddle correctly or efficiently, I had to gently correct them to keep us all on track. If one of us wavered, then it affected the progress of the whole group. So, I was constantly checking in to make sure everyone was doing alright.

Side note about checking in: It was nothing more than looking back and asking the question, “Y’all doing alright?” I would see with my eyes that they were still paddling correctly and hear the tone of their voice when they responded. If their tone was positive and enthusiastic, then no further action was needed. If I noticed any struggles, I would give verbal commands to improve their performance and demonstrate the proper paddling technique from my own paddleboard. I would not stop what I was doing and then go paddle for them. If I did that, then we would be back to square one where I was exhausted, and the current was defeating us. If the kids were going to contribute to the work effort and learn something along the way, I had to let them figure it out themselves. In the end, we all were better for it because we kept moving across the lake and they were becoming more confident paddle boarders. Pay careful attention to that.

As the leader, you have to keep doing the important tasks in front of you so those behind you can continue to do their tasks to keep the team moving forward. If you as the leader stop and try to do everyone else’s jobs for them while you are “checking in”, then your team’s momentum is halted.

Not only did I check-in, but I had to remind them of what we were working so hard to achieve…say it with me, “Pizza and birthday cake!” As their leader, I had to set the tone. There was no room for panic, frustration, or complaining. As we got closer to the dock, the kids were laughing more and coming up with the best way to tell their friends about the adventures of the day. That right there is evidence of the next point.

When the kids were able to join the work effort, a new confidence was instilled in them. They were now participants in the progress, not just spectators. They felt ownership over the task of getting back to the dock. They actually contributed to achieving the goal and learned something along the way. Coaching led to participation which led to a sense of confidence which ultimately led to fulfillment and happiness. And guess what? The next time they go paddleboarding, they will have a little bit more knowledge and experience than they had this past time. They will only get better the more they get out on the water. Becoming an expert takes time.

Let me remind you that I did not ask the kids to help because I wanted to cheer them up. No, I NEEDED their help to reach the goal. Their happiness and fulfillment was a result of cooperation and teamwork. They saw the fruit of their labor.

The same is true for you and the team you are leading. You NEED them to carry out the vision. They are looking for you to invite them to join the work and coach them along the way. Will there be some zig-zagging or mistakes at certain points? Sure, but that’s how you develop leaders. That’s how you make an investment in the next generation. Do you care more about your vision and recognition? Or are you more concerned with developing leaders on the way to achieving your vision? Choose to invest in others. Everyone has a dream.

Be a stepping stone to others, rather than a stumbling block. You might be hesitant to invest in those behind you because it might send you on some detours along the way to your destination; but, what if those detours are actually course corrections to put you on track towards the God-given call placed on your life?

Hey! My name is Kayla and I’m the Student Director at a church in Orlando, Florida. Student ministry has taken on many forms in my life – the public school system, churches, leadership organizations, and camps. Most of my experience was developed while working with FUGE Camps. I spent eight summers serving on camp staff, two of which were spent as the Director. I enjoy using the gifts God has given me to create environments where students can grow closer to Jesus!