Why Siding with Teens Sometimes Pays Off

A few years ago, one of my college students made some stupid choices. She started drifting away from God, which was already a major concern for her parents, but then she got involved in a relationship with a non-Christian guy. To make it worse, he was also not a nice guy and I’m putting it mildly here.

Her parents warned her, talked to her, begged her to come to her senses and break it off, but she was in love. She had decided this guy was the love of her life and no matter what her parents said (actually, the more they protested, the more determined she became to prove them wrong), she was moving forward. 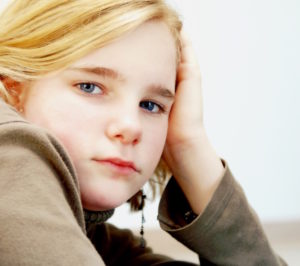 I’d always had a good relationship with her, ever since she’d been in my small group as a high schooler. So her parents asked me to talk to her, or more accurately: they prevailed upon me to talk some sense into her.

There’s that rock and that hard place I mentioned before, right? Morally and biblically, I agreed with the parents. What she was doing was stupid and this guy was bad news. But as a youth leader, I had a different perspective.

One of the things I realized when I talked to her parents and then to her, was that she was becoming isolated. She’d broken off contact with many of her friends because she wanted to step away from all things church and Christian. Besides, her boyfriend thought her friends were boring and judgmental, so there was that. Her parents were constantly trying to persuade her to break up with him and to come back to church, so she barely spoke to them anymore.

I was one of the few people left who had an ‘in’.

If I chose her parents’ side, if I joined in the chorus of lamenting her choices and putting pressure on her to leave her boyfriend, she’d have no one left to turn to when things would go south. And to me, it was clear that she would need that friend, that safe place at some point.

So instead, I chose to be her friend. I chose to listen to her without judgment, not saying much about her choices unless she specifically asked for my opinion. I made sure to contact her at least weekly, to make time to hang out with her for coffee or a quick fast food dinner. I wanted to be there for her, to be that safe place.

Her parents were critical at first and it took me some time to explain my reasoning to them. It felt like criticism to them, that I blamed them for speaking up. I didn’t. It just wasn’t what I needed to do as a youth leader. They were parenting and doing the best they knew, while I was being a youth leader and approaching the situation form my perspective. Major difference.

It took more than a year before things went south indeed. When they did, she needed a safe place and she knew where to go. I was there for her, listened to her as she broke into pieces, then started to rebuild her life again—this time with God.

To this day, I know that I made the right choice when I sided with her. Sometimes it’s better to simply be there and not say anything. To know when to speak up and challenge teens to find their way back to God and to know when to be silent and be there, that’s God-given wisdom.

Youth ministry is never black and white. We need the guidance of the Holy Spirit to give us wisdom to navigate all those grey areas.