As youth leaders, we are well aware of the struggle teen girls have about themselves. Many girls have deep self-esteem issues that can manifest in different ways, ranging from eating disorders, to social anxiety, self-harm, and depression—to name but a few.
What’s shocking is how early these feelings start. A recent research showed that at age 6, girls already start feeling less talented than boys. And it’s a sudden shift. At age 5, researchers discovered, children didn’t see any difference between boys and girls in terms of who was ‘really, really smart’. But at age 6, this changed. 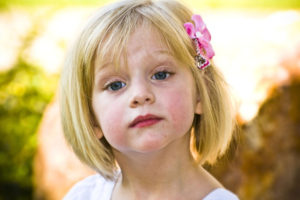 Researchers see this lack of self-esteem on an intellectual level as one of the reasons why girls (women) are underrepresented in some scientific fields that are considered to be for ‘brilliant’ people. This is especially true for academic fields that are mathematics-intensive, like physics. The common stereotype that men are better at mathematics and similar ‘brilliant’ fields is well documented (though factually untrue), but researchers wanted to know where this idea came from and how it started.

What this means for us as youth leaders, is that we need to remember what girls battle with, both when it comes to stereotypes from others (men especially, sorry guys) and in their own minds. If they are being told they can’t do something, if they have believed this too from a young age, we can be the voice who tells them that they can. We can encourage them to dream and dream big, to challenge themselves, and to use God-given talents and gifts. Also: let’s keep checking ourselves to make sure we don’t affirm or communicate this stereotype as well.

When I was in high school, my math teacher was convinced I would suck at math. Not only was I a girl, but he’d taught my older sister and she wasn’t any good at it. Needless to say that from day one, he let me know his low expectations. Well, I met his expectations and flunked math. Five years after high school, I wanted to get a degree, but I needed high school math—which I had flunked. So I did an intensive summer course in math that went through the high school curriculum in four weeks, then made you take the test. This time, I was fully encouraged and supported by my husband. And wouldn’t you know it: I aced it with a B+. Turns out, I didn’t suck so badly at math after all. All I needed was someone who believed I could do it…