When Your Vision Becomes Theirs 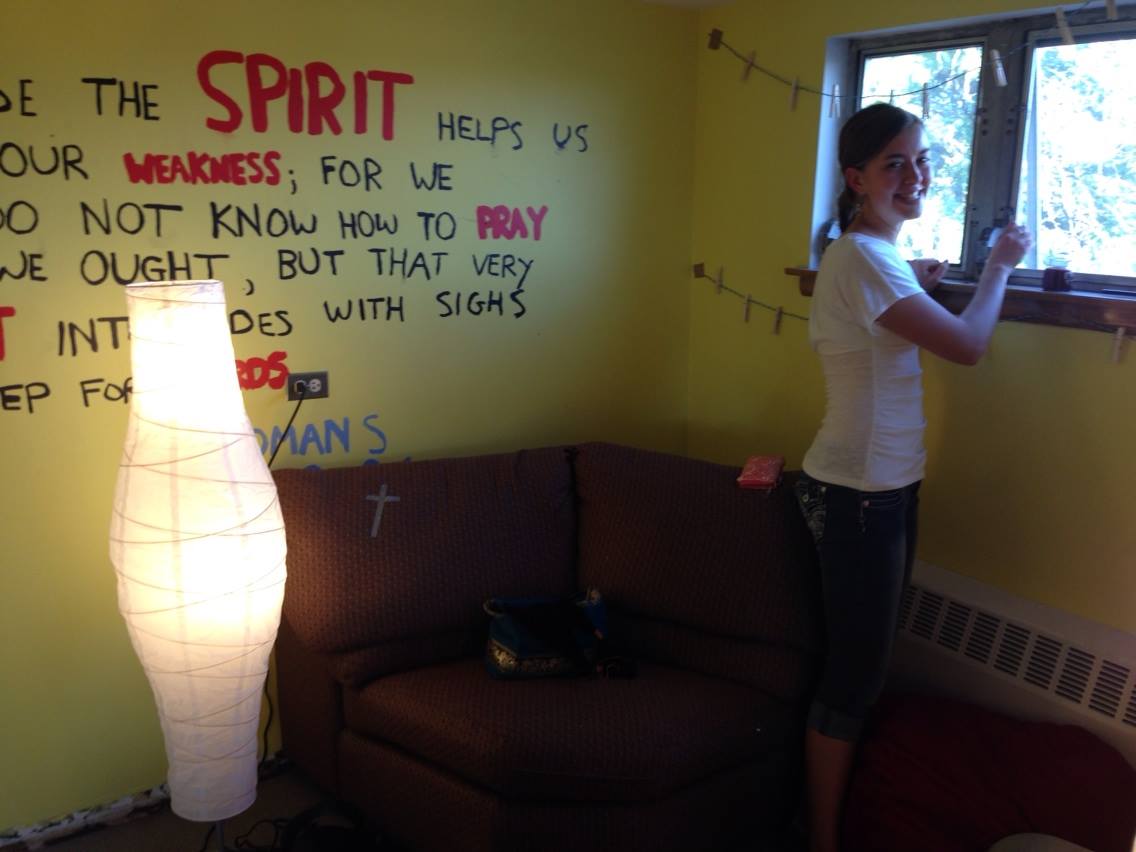 Two years ago, during our Youth Room makeover, we set aside an area of the room to use as a dedicated prayer space. To differentiate it as such, students painted several verses about prayer on the wall in that section of the room.

For two years, I hoped teens would use this area to pray before and after youth group.

No one ever did.

In retrospect, I think the problem was this was my vision, not theirs.

But then, three months ago, my teens participated in a summer mission trip. During it, they served at an inner city facility that had a dedicated prayer room. Upon arriving there, teens were told,

“We want one of you praying in the prayer room at all times. Prayer is the most important thing we do here.”

Student after student went into the prayer room skeptical.

But then student after student came out talking about the encounter they’d had with God while in the prayer room.

One student in particular kept asking to return to the prayer room.

After she did, she told me, “We should have one of those in our youth room at home!”

Instead, I told her, “Absolutely! We should! Would you like to help create it?”

Upon returning home, she texted me, once a week for several consecutive weeks, saying “When are we going to work on the prayer room?”

Our schedules finally aligned last week and together we shopped for supplies for the prayer space. Afterward, we went back to the Youth Room and created it.

The prayer space we created two years ago served as the foundation we built upon. To that, we added a variety of art supplies, music, and wall hangings, all designed to give students the chance to meet and interact with God in a variety of ways, before, during, and after our youth ministry gathers.

It’s also far better than I ever imagined it could be.

Because my student poured her heart and soul into this project and in the process, made it something more.

And even though it’s too soon to tell for sure, my hunch is that this time around, this space will not remain empty.

Instead, I suspect it will be well-used.

After all, several teens in my ministry now have experience using a prayer room.

And because of that, the vision for this prayer space is no longer mine alone.