Three things NOT to say in your sex talk: sexy clothing

We’ve been talking about the sex talk to students and what not to say. In the first post, I made a passionate plea to stop over-stressing virginity. In the second post, we tackled the illusion of perfect marital sex. In this last post I want to discuss something that I find difficult to address myself: sexy clothing.

I grew up in a conservative Baptist church and believe me, I knew all about modesty. Personally, I never cared much about clothes anyway and I was more of a tomboy, so jeans, sneakers and a t-shirt were fine with me. But for other girls, the ‘modesty police’ were a constant source of frustration and humiliation.

I understand the importance of modest clothing, I do. I understand where people are coming from when they forbid bikinis for instance. But often, I am very uncomfortable with the way this issue is raised, addressed, and enforced. 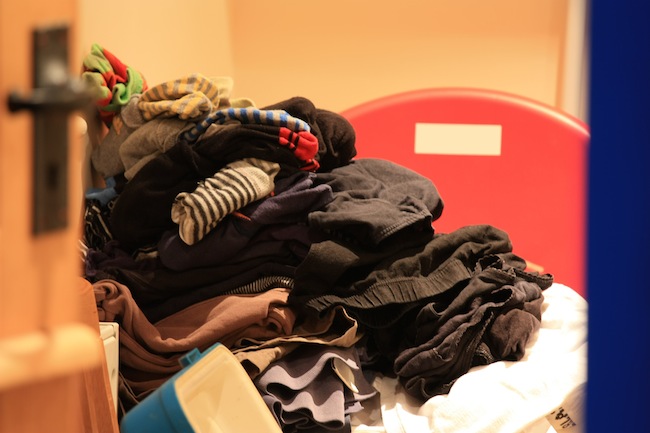 Do you know how creepy it is for girls to have a grown up man tell them their bikinis make him have fantasies? Eeeewww, was the response I heard most often from girls. And I couldn’t really blame them.

When it comes to sexy clothing and how this affects boys and guys, there are a few things that are important to remember.

Have a woman talk about this with girls, not a guy. As a youth pastor, I did talk to the girls in my small group about sexy clothing. But I always did this in private conversations, or in a small girls-only setting.

Don’t put the blame on girls. I don’t care how revealing a bikini is, the guy is responsible for his own actions, not the girl. Don’t even put a step in the direction of ‘she’s asking for it’ because that’s wrong. Some girls may want that attraction, but most seriously don’t. They’re not asking for anything, they’re just wearing a bikini while happening to have a female/beautiful body.

Also, please keep in mind the staggering number of girls who have experienced sexual abuse, or sexual trauma. They are especially sensitive to messages that imply they were at fault for what happened to them.

But there’s also a bigger picture, a more theological concern. For me, the over-stressing of modesty is another ‘rules’ approach, instead of a relational approach. Our main goals as youth leaders should be to bring our teens to Jesus, to facilitate an encounter between them and their Savior. I have a hard time reconciling that with a judgmental attitude about clothes.