Skip to content
Home/Posts/Uncategorized, Youth Ministry Ideas/Grey’s Anatomy: how not to train your leaders

Grey’s Anatomy: how not to train your leaders

I’ll admit it: I’m a Grey’s Anatomy fan, though I don’t love it as much anymore as when it just started. I like hospital series in general, maybe because I’ve worked in a big hospital for almost eight years, so it’s a world I’m very familiar with. The surgical ward isn’t unfamiliar territory either, as I was a manager there for some time.

I know from my own experience the strict hospital hierarchy as depicted in Grey’s Anatomy with surgical interns, residents and attendings. Becoming a surgeon is for the most part an on the job training. Sure, you need a whole lot of medical facts as a basis, but after that you mostly learn by observing, by assisting and by trying. The ‘educational model’ shown in Grey’s Anatomy is a real life one…though one can only hope real life doctors do a better job of teaching their junior colleagues. 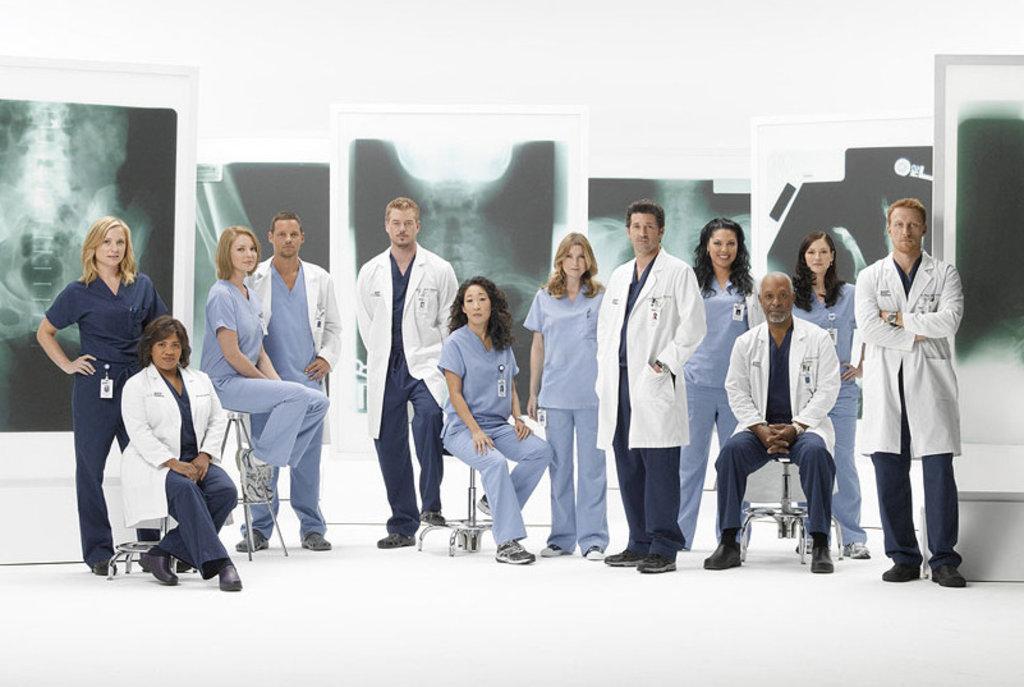 1. Believe in your leaders

The first thing senior resident Miranda Bailey tells her new interns is this: “Rule number one, don’t bother sucking up. I already hate you, that’s not gonna change.” And then she adds: “You’re interns, nobodies, bottom of the medical food chain.” Not exactly an encouraging starting point, right?

Now there’s a reason why medical interns need to be reminded of their position. You see, they come fresh out of medical school and they think they know things because of all the knowledge they have acquired. But the truth is they don’t know anything yet, because they haven’t seen or done anything yet. They need to realize that, because overconfidence in a doctor is mortally dangerous. But that’s not the case in youth ministry. In youth ministry we need to make sure our people know we believe in them.

What do we tell our new leaders, our student leaders about how we see them? Do we install confidence in them, do we make them feel loved, accepted for who they are, appreciated for their devotion? Do we confirm the gifts and talents that we see in them and make sure they know they’re qualified to be a youth leader? If we want them to thrive, we have to communicate to them that we believe in them. We have to install a sense of self confidence in them, giving them the freedom to start doing their jobs.

2. Give your leaders chances to try

One of the things I found most irritating in later seasons, was the way ‘our’ residents treated their interns, above all Christina Yang. She can’t be bothered learning their names, she just assigns them a number. And none of them ever get a chance to do anything, to learn anything, because she’s doing everything herself. And then she’s upset when they can’t put in a chest tube.

3. Create room for failure for your leaders

In medicine, mistakes can be deadly. Christina Yang, one of the residents, discovers this when she uses the wrong type of sutures on a patient in the OR and he dies. Yet again and again, we see little room for failure in Grey’s Anatomy (which sadly is completely consistent with real life by the way!). People get chewed out for making mistakes and there’s no culture of learning from your faults. Even the infamous M&M’s (Morbidity and Mortality – meetings to discuss patient’s deaths) turn into a blame game.

How much room for failure is their in your youth ministry? What do you do when one of your leaders makes a mistake? Or when one of your students messes up? If we publicly crucify our leaders whenever they mess up, not only will nobody learn from their own mistakes or those of others, but people will get discouraged and quit. Your leaders need room for failure and it’s a culture that you’ll have to create deliberately.

4. See leaders above all as people

In Grey’s Anatomy, almost all of the interns (later residents) are having problems. Well, it’s a TV series so of course they have issues otherwise there’d be nothing to watch. But it amazes me how their bosses keep seeing them as surgeons, as workers, and not as humans. Bailey, her direct supervisor, makes it very clear from the start that she doesn’t want to know about any personal problems. Take Meredith for example, someone with some serious damage from the past. Yet all her bosses care about is that she’s doing her job. Nobody ever sits her down to have a conversation with her about how she’s doing. She’s barely functioning as a human being, but no one seems to care.

We have to see our leaders above all as people, as human beings, as our brothers and sisters. Our main concern shouldn’t be whether they’re doing a good job or not, but whether they’re doing okay or not. We should be more concerned about their relationship with Jesus, about their well being in general than about anything else. That requires us to keep tabs on how they’re doing, to check in regularly and ask how they are in a more-than-casual way. We need to invest in relationships with our leaders, all else comes from that. And when something is wrong, when we see signals that they’re in trouble, we need to act.

For those of you who are Grey’s Anatomy fans, what other lessons do you see?