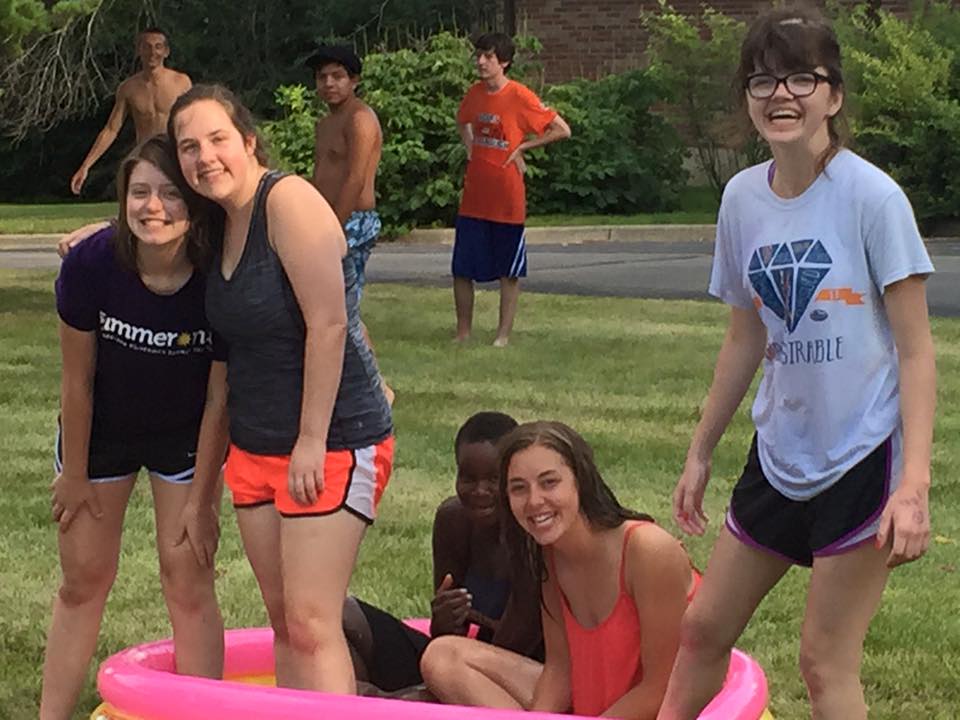 One of my seniors, a student leader in my ministry, came up to me at the start of the event, eager to share with me her experience of inviting her younger brother – a freshman – to it.

According to her, in response to her constant invitations to join her for Slip ‘N Slide kickball, her brother grew more and more skeptical, constantly asking, “What’s the catch?”

At first, she couldn’t even figure out what her brother meant. This is a teen who loves our youth ministry. The thought of there being some “catch” to attending an event was crazy to her.

Her brother saw it differently.

He was convinced that since this was a church event, there had to be something more to it than kickball. So he kept asking his big sis, “Are you sure there’s no catch? We’re not going to have a discussion at the end of it, right?”

Ironically, my student leaders and I had talked about doing just that but we’d elected not to so she confidently reassured him there would be no serious discussion following kickball. He then said, “I bet Jen’s going to blast K-love the whole time, right?”

Big sis assured him that no, we wouldn’t be playing Christian music during the event.

So he tried again. “To get on base, we’re going to have to recite a Bible verse, right?”

“Are we going to have to promise to come to high school youth group this year in order to play?”

She finally convinced him that there really was no catch; That we were simply getting together to eat and play a rousing game of Slip ‘N Slide kickball.

Eventually, this girl’s little brother decided to join us… As did a bunch of other incoming freshmen. Together, they had a blast – catch free.

As my student leader was sharing this story with me, I couldn’t help but think about how close we’d come to having a catch.

Sure, I’d never considered having teens recite a Bible verse to get on base… That’s crazy.

But I did consider having a discussion, blasting Christian music, and making a giant plug for EVERYTHING else in our youth ministry – especially for the serious events where we talk about Jesus, the ones that form the foundation of our ministry.

But after my conversation with this student leader, I’m so glad I didn’t.

I’m so glad all we did on Saturday was eat and play kickball.

My conversation with my student leader and the success of our event served as a valuable reminder that there’s value in having a variety of purely fun events throughout the year; Events where our only agenda is to hang out with teens, get to know them, love them, and have fun together.

Let’s face it. Teens are savvy consumers who are used to being marketed to. Because of that, they think there’s always a catch.

We surprise them when there’s not.

What’s more, we just might point them to Jesus – who loves people unconditionally, without there ever being a catch.