Effectively reaching teens with your message

Last weekend, I had to endure a five hour pre-licensing course to become a ‘safe, courteous, defensive, and drug and alcohol free driver’ in the great state of New York. There were 35 people attending that course, and I was one of four adults. The rest were teens, excited high schoolers about to get their first driver’s license.

I was irritated by how ineffective that course was. Not so much for me – I’ve had a driver’s license since 1997 so believe me, I know how to drive – but for those teens. The course started with a 40 minute video on how alcohol affects our brains. In itself an important topic, especially for teens, but everyone was asleep after the first minute. The video must have been at least fifteen years old judging by the hairstyles, clothes, and music. It was an alcoholic’s worst nightmare, considering the constant images of people drinking and having fun (the man siting next to me confessed he was a former alcoholic and he agreed with me!). I don’t know, but it sure looked like drinking made you have a lot of friends and a lot of fun. Except for that part where you get arrested for drunk driving obviously. 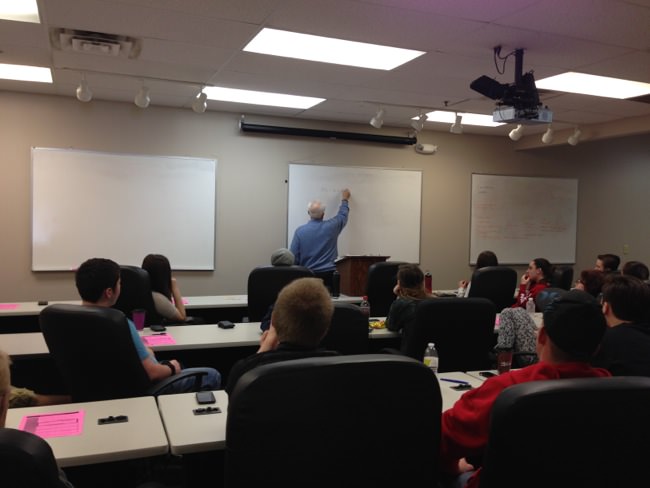 But it was more than that. The video explained in excruciating detail – and I’m talking about molecular level here – what alcohol does to your brain, why you react slower for instance. They kept showing poorly made animations with firing synapses or something. There was so much technical jargon that nobody except a neurosurgeon could have understood it. Even I was bored, and I have a healthy interest in how the brain works!

The two other videos that were shown were equally boring and ineffective. An old white guy in a suit telling us to use the ‘Smith system’ (a 5 point system, which I have forgotten already) to become a defensive driver. There were looooong minutes of footage of some dude driving a car and explaining to us why he was changing lanes, or whatever. The other video was a driving test with questions so stupid the whole group laughed.

I’m explaining it to you in a bit detail, so you understand me when I say this. This was a very ineffective way to reach teens with a message. If NY state wants teens to become responsible drivers, this course failed miserably in achieving that goal. Here are some quick takeaways on effectively reaching teens with your message:

The next step for me is to take a road test. Can’t wait to see what lessons I can take away from that experience 🙂